The architecture of task execution is as follows. 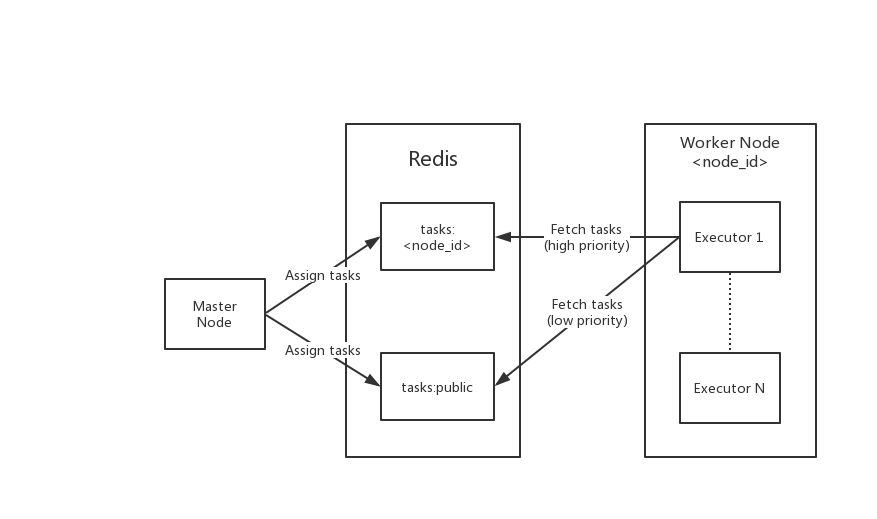 When a spider task is dispatched, the master node will dispatch tasks in 'tasks:

The details of the execution process will not be described in detail. Please refer to source code。